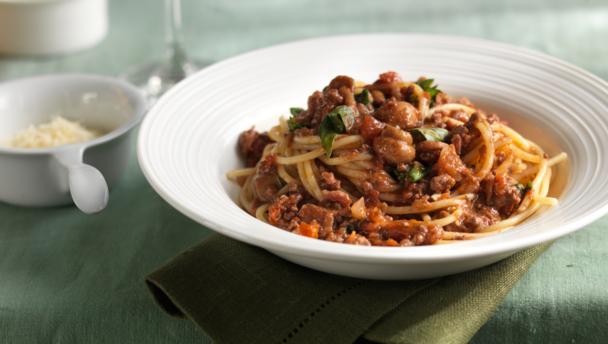 You can make a veggie version of this recipe by substituting soya mince or Quorn for the meat, adding it to the sauce halfway through cooking. Or simply add lots of diced vegetables to the onions, such as courgettes, carrots, peppers and aubergines.